Trains and Schools Part I

Kentaro, from Tokyo, came to live with us while completing high school in the U.S. as part of the student exchange AFS program. 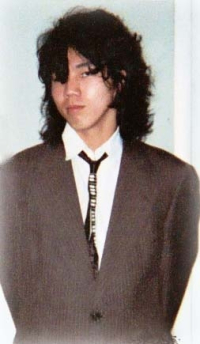 Unfathomable as it might be today, it will be fathomable sometime in this century for K-12 students to take the train to school. In fact, in Minneapolis all high school students already have free bus and light rail passes to come-and-go to school.