Helen M. Todd made national news between 1910 and 1920, first advocating for the Vote for women. And then for changing how we treated children, mainly boys, working in factories at the time. 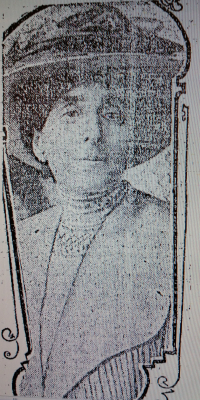 Her greatest achievement was arguably appearing before a Congressional Committee Hearing in early 1924, and reporting how the boys were hit in school, which is why they preferred the factory to school.  In just a few months, Congress passed new laws. And then states started passing laws outlawing the beating of boys in school.

Boys are still beaten, legally, in school in 15 states.  Some 75% of children beaten are boys; and of course a far greater share are black boys.  And the "get tough" approach?  Yeah, it damages children psychologically, hurts their learning.  Just like today's punishment of boys in school for late work, fidgeting and other male behavior irrelevant to learning.
LERN's Julie Coates spent a whole day researching Helen M. Todd in the Chicago Public Library archives, finding this newspaper photo of Ms. Todd.